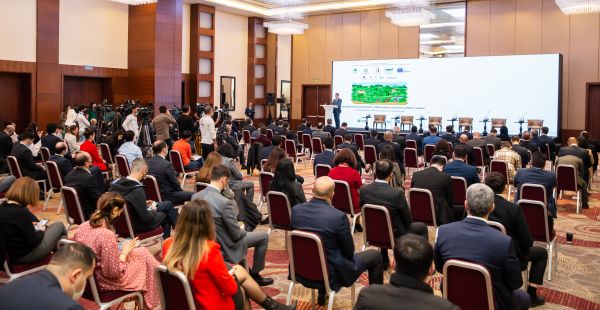 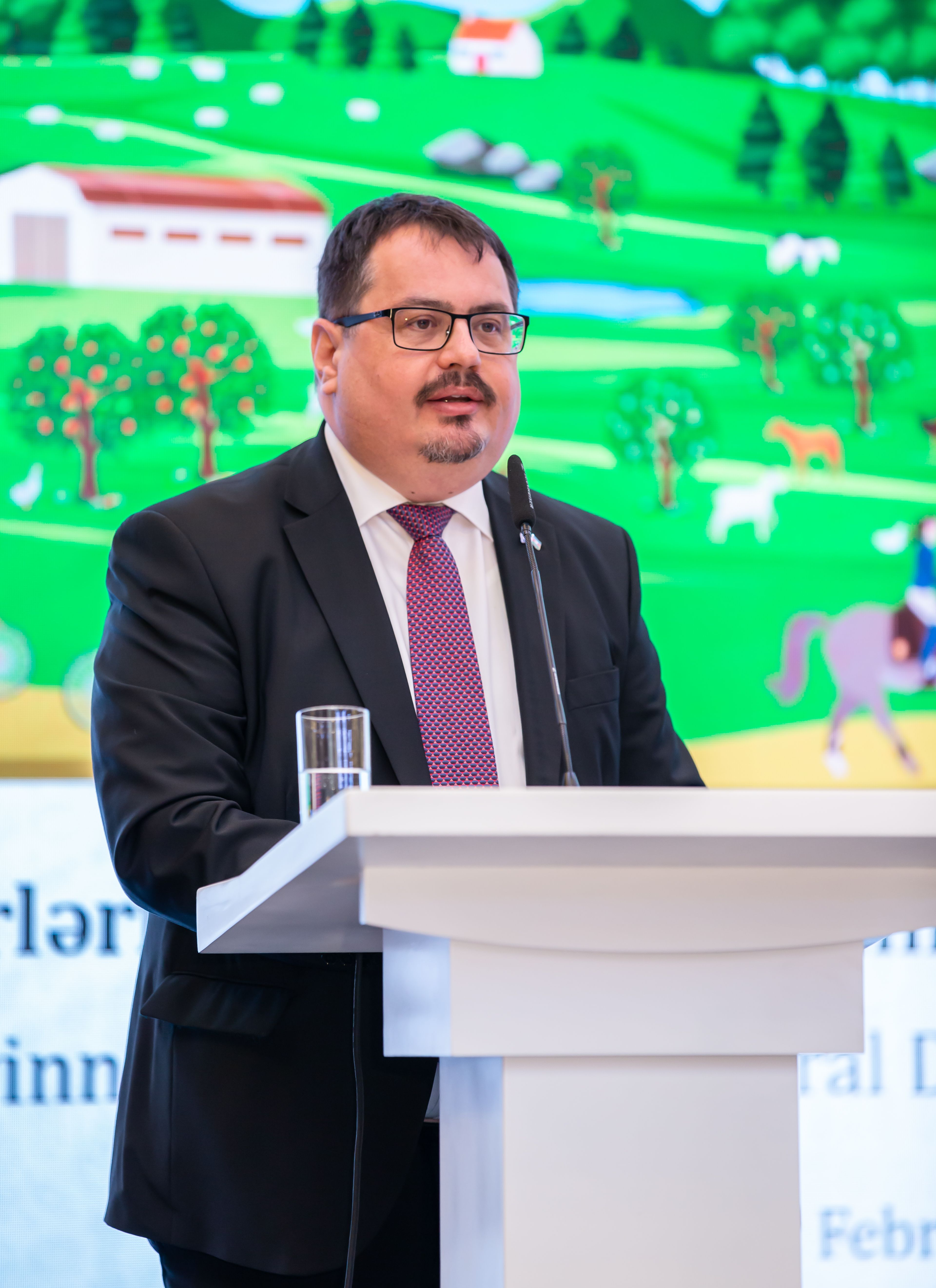 A Twinning seminar on “Introducing a Rural Development framework and setting-up a national Agritourism system in Azerbaijan” was successfully held on 17th of February 2022.

Over 130 participants took part to the Twinning event in Baku.

The purpose of the seminar was to exchange views on the development potential of agritourism in Azerbaijan and set the future work.

RTA Mr. Riccardo Passero presented the work carried out by Twinning in setting up a national agritourism system in Azerbaijan, the related legal basis, and Guidelines.

The Twinning seminar was organised with panel sessions.

1 Panel. “Work done on agritourism and rural development within the framework of the Twinning project and European experience”, with participation of the RTA Mr. Riccardo Passero and of Twinning experts coming from Italy, Poland, and Lithuania (Mr. Francesco Fratto – Italy; Mr. Jerzy Bogdanowcz – Poland; and Mr. Aušrius Kučinskas – Lithuania).

2 Panel. Development potential of agritourism in Azerbaijan, with participation of Azerbaijani authorities and local stakeholders.

During the event, the Minister of Agriculture Mr. Inam Karimov point out that rural tourism is one of the areas with the greater potential for the development of the non-oil sector in Azerbaijan. The Minister noted that the President of the Republic of Azerbaijan, Mr. Ilham Aliyev, is carrying out important reforms to develop the non-oil sector. As a result of these reforms, the agricultural sector is developing in the right direction. Agriculture triggers the development not only of science, education, employment, innovation, trade, but also tourism. Within the framework of the "From City to Village Project” agritourism investments were implemented by the Ministry of Agriculture for several years. Support was provided for the creation of dozens of agri-ecotourism facilities in rural regions. At present, agritourism facilities with modern requirements operate in Gakh, Sheki, Ismayilli, Balakan, Lankaran and other regions. It was noted that the further development of agritourism will have a positive impact on increasing the employment in the regions and increasing the incomes of farm owners. Agrotourism is also an area that does not require substantial investment for farmers, allowing them to create a new source of income. For this reason, exemplary farms operating in Azerbaijan also contribute to the revival of agritourism by offering tourism.

The Chairman of the Board of the Small and Medium Business Development Agency under the Ministry of Economy Mr. Orkhan Mammadov said that agritourism has great potential in Azerbaijan. The great return to Karabakh, the implementation of the "Smart Village" projects and the "Smart Agriculture" concept will give additional impetus to the development of this sector in the near future. The tourism sector has been identified as one of the priority areas of economic policy in terms of accelerating economic growth in the post-pandemic period. KOBIA takes measures to develop micro, small and medium enterprises in the field of tourism and increase their potential.

Chief of Staff of the State Tourism Agency Mr. Kanan Gasimov stressed that great work is being done in our country to develop tourism. In his speech, he noted that the development of rural areas and agritourism is currently one of the priorities.

Chairman of the Agrarian Credit and Development Agency Mr. Seymur Movlayev said that the study of world experience in this field is of great importance for the development of agritourism. There are different models of agritourism in the world. In the panels organized as part of the Twinning seminar, international experts provided participants with detailed information on the models of agritourism applied in the European Union.